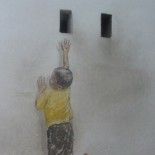 The Ministry of Justice published criminal court statistics for England and Wales for the first quarter of 2017 in June. Buried within is the first set of quantitative data on the performance of the new framework agreement for the provision of foreign language and deaf interpreting services in courts and tribunals and across the justice sector, in force since the end of October 2016.

Boasting a similar “success” rate as its predecessor and dogged by the same problems, the performance of the new contract offers few surprises to anyone who has watched the shambles of the privatisation of court interpreting services unfold over the past five years. With essentially the same structure and premise but a broader remit and larger budget, the new contract has picked up the baton and kept on running. 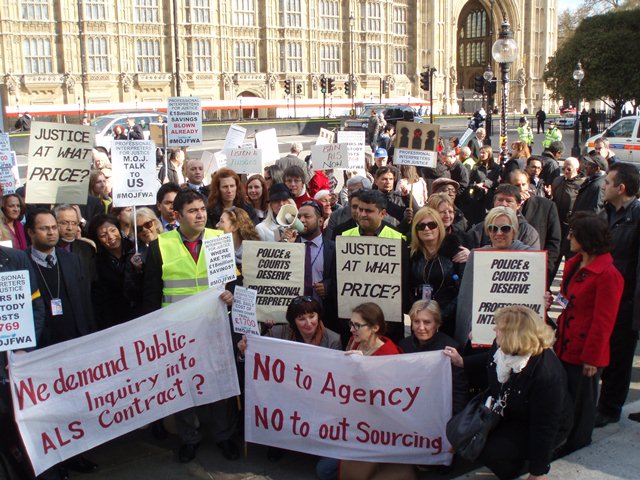 The first framework agreement, privatising foreign language and deaf court interpreting services in 2011, was replaced by a strikingly similar new contract when it expired at the end of October 2016. The first contract undervalued the skills and qualifications of interpreters and their role in court; it failed largely due to a boycott by professional interpreters. The resulting fall in standards has meant that where an interpreter is necessary for justice to be done in a case, justice is no longer expected. It has resulted in a large number of cases being adjourned, abandoned or simply continuing without one or more of the parties being able to participate meaningfully. The Ministry of Justice nonetheless claims to have saved £48 million since 2012.

The first framework agreement was allotted to a single provider: public sector outsourcing giant but language industry newcomer at the time, Capita Translation and Interpreting. This time the monopoly has been broken up with the division of the contract into 4 lots, with the allocation of face to face, telephone and video interpretation (lot 1) and translation and transcription (lot 2) to Leeds-based thebigword Group Ltd. and non-spoken (deaf) language services (lot 3) to Cambridge-based Clarion Interpreting Ltd.

The total contract value is £232.4 million, compared to the £168 million justice sector framework agreement made with Capita in 2011, making it “one of the world’s largest language service contracts”. The new contract is for an initial period of four years with an optional extension of three further periods of one year. An estimated 90% of the overall contract value is expected to be spent on foreign language interpreting services. The provider, thebigword, announced the value of the contract it made with the Ministry of Justice was worth £120 million.

As well as the division of services between two suppliers, another difference is the introduction of an independent quality assurance service (lot 4) provided by Newham-based The Language Shop. Overall, however, bidding for the four parts of the contract was not very competitive: only lot 2 had more than two bidders. This was the only service lot the previous supplier Capita bid for.

Start as you mean to go on

The sparkle of the new contract faded immediately. On the first day of the new contract, Monday 31 October 2016, sentencing in an 8-week human trafficking trial in Plymouth was delayed when the Czech interpreter failed to appear in court, following the change in contract suppliers: “From Friday to Monday there was a change of contracts. She (the interpreter) was not approved by the new contract company and the rates they were going to pay her were so meagre it was not worthwhile for her to attend”. A defence interpreter stepped in to allow the parties to be sentenced.

The Ministry of Justice has retained the much criticised tier system for interpreter qualification applied in the first contract. The rates paid by thebigword are also lower than those paid by Capita: a minimum one-hour rate of £18 for “standard” languages and £29 for “complex written languages”. In practical terms, it may frequently cost an interpreter more to attend court than they will be paid for their work.

In addition to low rates, thebigword has already subcontracted substantial parts of its contract to other providers, such as Cintra, now the exclusive foreign language interpreting provider in Cambridgeshire, Norfolk and Suffolk. According to the Ministry of Justice, this is to “ensure a high and consistent level of fulfilment across all geographical areas and in rare languages”.

Break with the past?

The data covers the first five months of the contract, up to the end of March 2017. For the final quarter of 2016, the statistics conflate the final month (October) of the old contract and the first two months (November and December) of the new one. The statistics, which are provisional “as differences in deliverables across the old and new contracts mean these are still subject to review”, only cover face-to-face (foreign language) and non-spoken (deaf) interpreting services and exclude bookings made by the Crown Prosecution Service.

On average, around 700 contract requests were made for interpreters to the court each day in the first quarter of 2017, an increase on the previous year but with the same “success” rate for completed services: 97%, meaning that thebigword was unable to deliver in 3% of cases. In the same period, 13% of bookings were cancelled.

This “success” rate reflects a 98% “success” rate for standard languages but only 86% for rare languages. On the other hand, deaf interpreting requests were provided at a rate of 99%, a considerable quantitative improvement on previous quarters. The rates have no bearing on the quality of the service provided.

The Ministry of Justice has maintained the 98% “success” rate it applied to the previous contract; Capita was only able to meet this contractual term once throughout the five year term. To prevent this situation recurring, under the new contract, the “success” rate for the first month is 93%, 94% for the second month, 96% for the third month, and 98% after that.

Complaints have continued in the media and on social media. In some cases, where an interpreter did turn up on time, quality issues arose, with at least one interpreter not knowing the difference between “extradition” and “deportation”. According to a freedom of information request, in the first two months of the new contract, “No notices to improve have been served on thebigword since they began the providing services to the MoJ on 31 October 2016.”

Like the previous contract, however, the statistics on performance are provided by the service providers without independent verification. The fact that the quality and performance of the service remains unchanged under the new contract shows that little has improved.

The concerns and complaints remain the same. These largely relate to the pay and qualification of interpreters. thebigword’s commitment to interpreter training through its own International School of Linguists (ISL), which has offered a diploma almost equivalent to the widely-recognised and respected Diploma in Public Service Interpreting (DPSI) for a short period of time, appears to reflect an interest in capitalising on the training market. The ISL’s Level 6 Diploma in Community Interpreting (DCI) qualifies an individual to become a standard language interpreter in “just one week”*. In addition to the DPSI, professional interpreters registered with the NRPSI have to demonstrate 400 practical hours of interpreting work in a relevant field. In June, the Chartered Institute of Linguists (CIOL) announced that it will be launching a new trainee scheme for court interpreters.

Ministry of Justice (for those who can afford it)

While much of the focus is on the contract suppliers, ultimately the responsibility lies with the buyer of their services: the Ministry of Justice which, in relation to the first contract, was described as not being “an intelligent customer in procuring language services, despite the risks posed to the administration of justice and to the Ministry’s reputation.” Choosing a provider such as thebigword, which has long had a negative reputation among professional translators and interpreters due to its poor rates and conditions of work, shows contempt for the very people who are expected to deliver the content of the contract.

The new format and remit of court interpreting data make it difficult to compare them to performance under the previous contract. It also helps to hide the impact of cuts and privatisation across the whole justice sector.

The core of the court interpreting shambles remains the same: the deliberate failure to appreciate the role interpreters play in the administration of justice and ensuring the fundamental right to a fair trial, for a defendant “to have the free assistance of an interpreter if he cannot understand or speak the language used in court”, at least in criminal proceedings. Interpreters are present in court to guarantee this right and not to represent the parties or to make “sure the British justice system is working.”

This situation has not come about in order to make savings or to provide “value for money”, as the Ministry of Justice claims, but simply to acquiesce to market forces and the profits made by some ministry employees and private firms. This is reflected across the whole justice sector and not just interpreting and/or translation services. Justice is not a commodity in reach only of the highest bidder or the party that can afford it. The failure to acknowledge this cannot be remedied by larger contracts and more money.

* As pointed out by ISL general manager Robert Mynett, the table on the ISL website refers to a level 3 interpreter and not level 1